Top Posts
What Jobs Are Toughest on the Knees?
Meghan Markle Gives Inspiring Speech at Girl Up...
Squirrel With Bubonic Plague Found in Colorado
What If COVID Vaccine Arrives and Many Say...
Kate Middleton’s New Hair is a Real Post-Lockdown...
Prisoners Nearly 6 Times More Likely to Get...
The Dior Homme Spring 2021 Campaign Features All...
What Is a Routing Number
The Ultimate Guide for Parents and Students
Everything You Need to Know About Rihanna’s New...
Insurance

No. It’s Not Just the Insurance Company’s Fault the Policy is Hard to Read 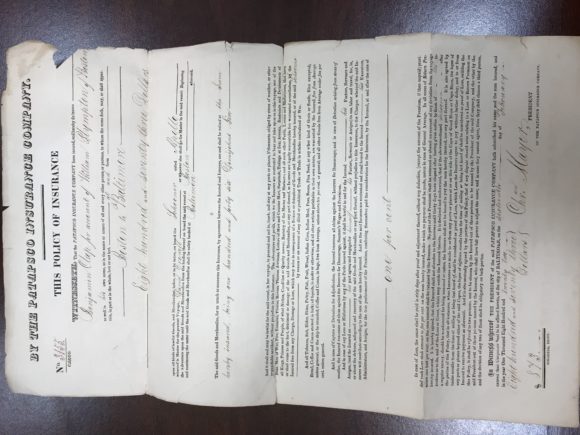 One of the blogs that I love to read is the Property Insurance Coverage Law Blog by Merlin Law Group. You may not like this, but I find many of the insights by Chip and the team to be compelling enough to make me stop and pay attention to what they have to say before I disagree. I’ve even found myself agreeing with them, especially that one time when Chip quoted me.

So when I read a recent blog entry entitled Insurance Policies Should Be Easy To Read, by Amy Currotto, I found myself wanting to agree wholeheartedly. Insureds should be able to read their insurance policies. It shouldn’t take a law degree, three dictionaries and a team of consultants to read a policy. Yet that’s kind of where we are, isn’t it?

While I agreed with the headline of the article, that’s where our agreement stopped. Her thesis came out fairly quickly.

There’s still room to state that its not just insurance companies that make insurance policies hard to read.

Maybe the attorney argues that the existence of the virus and the potential that it could live on a surface for some time constitutes direct physical loss of or damage to property. If we suppose that the attorney is successful with that argument, the next step for insurance companies is to attempt to define what direct physical loss of or damage to property means. This creates more complicated insurance language because on the front end we couldn’t agree that the terms of the policy were fairly clear to start with until we decided to play with the meanings of words.

Add to this that legislatures get involved in mandating specific policy language (more attorneys involved) in some states. Then you have to consider that insurance policies have to be written as specifically as possible because any potentially ambiguous language turns into extra claims paid, even if it could be reasonably interpreted that there was no coverage. You know that any insurance policy language that is determined to be ambiguous is ruled against the insurance company because, “you wrote the policy, you must have meant for that to happen.” That’s more dealing with lawyers, but that’s another digression.

There’s plenty of room to blame several groups for how hard it is to read an insurance policy. Maybe rather than finding someone to blame, we could work together and figure out a way to make them easier to read.

PS – It’s also not the company’s fault that everyone doesn’t read their policy, but that’s a topic for another day.

The most important insurance news,in your inbox every business day.

Get the insurance industry’s trusted newsletter

Critical Values in a Property’s Lifecycle

Does Invoking the ‘Insurrection Act of 1807’ Affect...

Tort Reform Could Move Louisiana Closer to a...

@2020 - dailytrend.net. All Right Reserved. Designed and Developed by PenciDesign